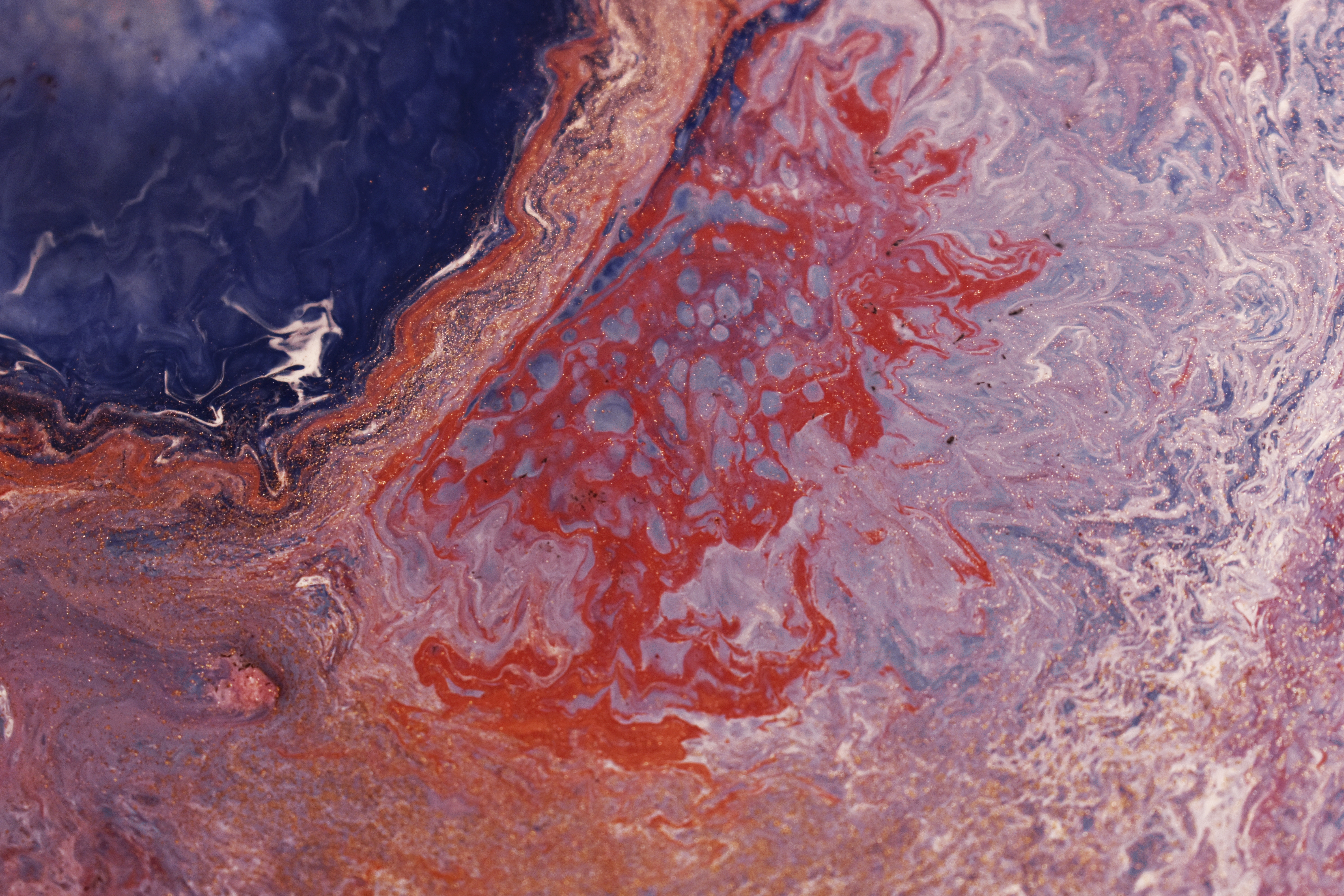 Whose or what spirit was it that captivated Andrew Mason one dark and gloomy night when he broke through the barrier surrounding three semi-abandoned mills? It may seem like something of an Edgar Allen Poe mystery, but the idea that perhaps Henry Mason, who built Victoria Mills near Shipley in West Yorkshire in the mid-1800s, somehow had an influence on the restoration project is appealing.

That Andrew Mason, Managing Director of Newmason Properties, should have taken his wife’s name when they married in 1993 cannot help but add to that sense of positive fatalism. Henry Mason, Andrew Mason, Newmason and perhaps one or two stonemasons appear to have conspired on a unique project worth an investment of £ 80 million.

Henry Mason built his textile mills during Victorian times, when the industry was thriving. The model employer, Sir Titus Salt, had already established his unique town of Saltire nearby with his innovative approach to providing a safe, caring and positive environment for the mill workers. Titus Salt built houses and streets named after his eleven children. It provided a library, restrooms, reading rooms, schools, a church and a mechanics institute for its workers on the basis that a good work environment was not only good for people, but also good business practice.

His influence in the textile industry was massive and lives on in Newmason’s approach to the project that Andrew Mason started just four years ago. “I am flattered by the comparison. I am purring like a Cheshire cat here because this construction business is wonderful. It is incredibly rewarding to undertake a plan and an idea and make it happen. Titus Salt clearly had a mission at Saltire and our mission now they are similar in many ways.

“My Aunt Mary worked at Victoria Mills and my father remembers it very well. He worked as a carpenter and remembers swimming in the canal here; walking 14 miles to earn three and six pence, for example. Yes, fashions change and his memory of it commissioned to convert the six panel doors from Saltire into flush doors that have now been restored to their original condition is a good example of how fashions change and complete the circle. “

But the property lives on and these wonderful solid mills with their huge windows and high vaulted ceilings are being restored and preserved for future generations. They will not be spinning alpaca or cotton, but will be the dwellings of the new generations in the soft surroundings of living history.

“People’s needs and demands change over time. We have gone from offering bathrooms and reading rooms to offering a tennis court, a sauna and a gym, a panini bar and I think a wonderful environment, but we are doing it with awareness of what we want to have here “.

The site, which was a working mill until the 1990s, is five and a half acres within the buffer zone of a world heritage site. The buildings themselves are listed and there have been no rips to the old interiors. Instead, the demands of modern planning for fire safety and health and safety have been integrated without compromising tradition. The interior stone stairs remain; the steel support pillars continue to support the building and the new roofs come with a 150-year warranty that puts the whole project in perspective.

“I have two sons, ages 9 and 11, and I want them to be able to stand in this place and be able to say ‘Dad did this.’ We love what we do. We are absolutely committed to offering the best quality in every way here and that means using the right materials like oak and stone and craftsmen who take pride in their work. “

In fact, Andrew Mason’s relationships with his staff reflect a set of values ​​with which Titus Salt would have been completely comfortable. “The environment is everything. If people are happy at work, like me, then they will take pride in using their skills and improving the game to the best of their ability. It’s about creating the right environment for people to thrive. We we want people to be happy to come to work. “

That’s fine, cynics say, you say what you say, but what about delivery? When it comes to the bottom line, when it comes to profit, this whole ideology just flies out the window, doesn’t it? Not for Andrew Mason, who fills the office refrigerator every Monday with a wide variety of snacks and drinks that his staff serves themselves; which makes sure construction workers are not forced to use nasty, basic ‘thunderbox’ toilets on site, but instead have decent facilities.

“If you treat people with respect, they will respond to that. It shows very clearly in the bottom line because we have very, very few sick days and no one at all has left the company in the last four years since we started this project.” . “

However, it would be a mistake to suggest that respect and an egalitarian structure are a kind of avoidance. Andrew Mason does not shy away from difficult decisions or fear conflict. What is clear is that you do not need arrogance or personal pomposity to prove yourself. It is a clear example of the adage that the humblest men contribute the most.

By Andrew Mason’s estimate, that enviable track record has come about not specifically as a result of his own personal abilities, but rather because of the entire group of peers that exists around his workforce. People talk and chat with him; they meet him on the site every day and share soccer results as well as new ideas on development. Andrew was delighted when the Investors in People evaluation team revealed that management, staff, subcontractors and suppliers shared the same positive view of the company.

Andrew Mason is living his dream on two levels: he is restoring and renovating the mills that surrounded his childhood, and he is implementing an ideological framework that, while in vogue in the 1850s, he has managed to reshape to suit today’s business environment.

“This is positive reinforcement. When we were working at Byron Halls in Bradford, we were very sensitive to diversity issues, so we went and knocked on people’s doors. We explained what we were doing and why, we visited the mosque. and we work We agreed that we would not receive deliveries on Fridays so there would be no parking problems for Friday prayers.

“We all saw enough antagonism and confrontation in the days of the mid-sixties when people were being promoted to incompetence and the breakdown of labor relations carried into the winter of discontent over the ‘them and us’ approach. I honestly remember telling someone at the site to do something. I’ve asked them. I’ve never taken the ‘I’m the CEO approach. You will do what I say “because it makes people cool. It is much better to try to attract them and show them that you care and respect them.

“There is a man here now whose wife, I know, is about to be fired and that is going to be difficult for them. We have to make a little slack there. Another boy is studying for an MBA. He gets a degree but it does not affect his vacation license. If he only had a study license, his wife would never see him and he also has the right to spend time with her. “

In the Newmason lexicon, the values ​​of a bygone era are preserved not only in the structure of the buildings, but also in the immense goodwill and loyalty that manifests itself in the workforce. Tellingly, Andrew Mason adds, “It’s not just about altruism either. Goodwill pays ten times on the spot.”

“At 18 I worked on platforms in the North Sea and learned from the tough and tough inhabitants of Glasgow, then from the concrete factories and later in places like Costa Rica, Chile, Nicaragua and South Africa about social housing schemes where I saw the terrible situation of much of humanity I am very grateful for what I obtained and achieved here.

“We are creating something in Victoria Mills; a community where people want to live and are enjoying themselves. Like Red Indians who don’t have a word for ‘property,’ I see myself as a steward. My name may be on the property titles, but we do not really own these properties. We are protecting the industrial heritage of our children and our children’s children. What we do today will affect several more generations and leave it in a much better state than when we found it . “

The brick and mortar property has a satisfactory strength that is lacking in other investment portfolios. Money invested in something so fundamentally durable and essential must be as safe as houses, or mills, in the hands of Andrew Mason. 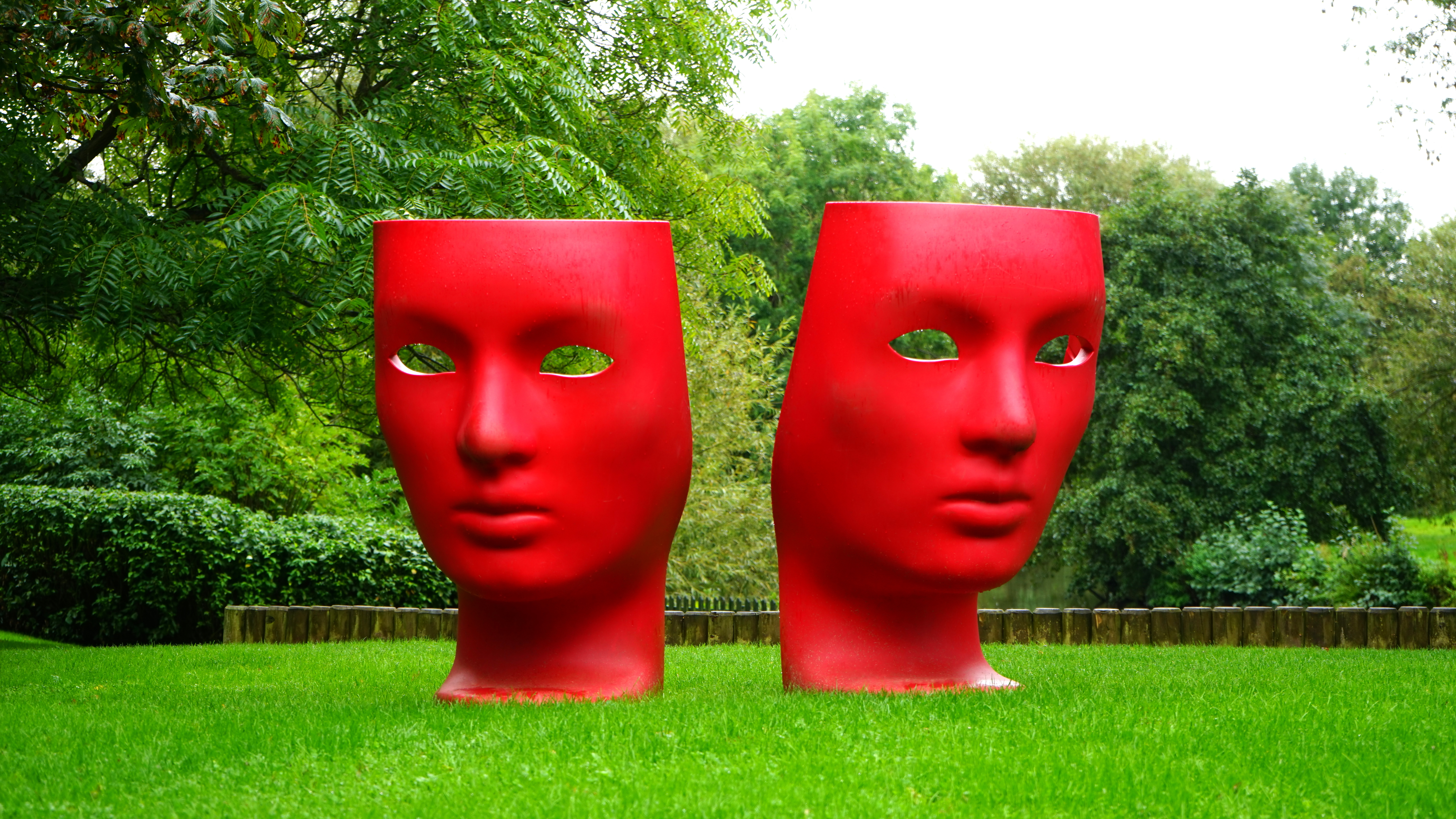 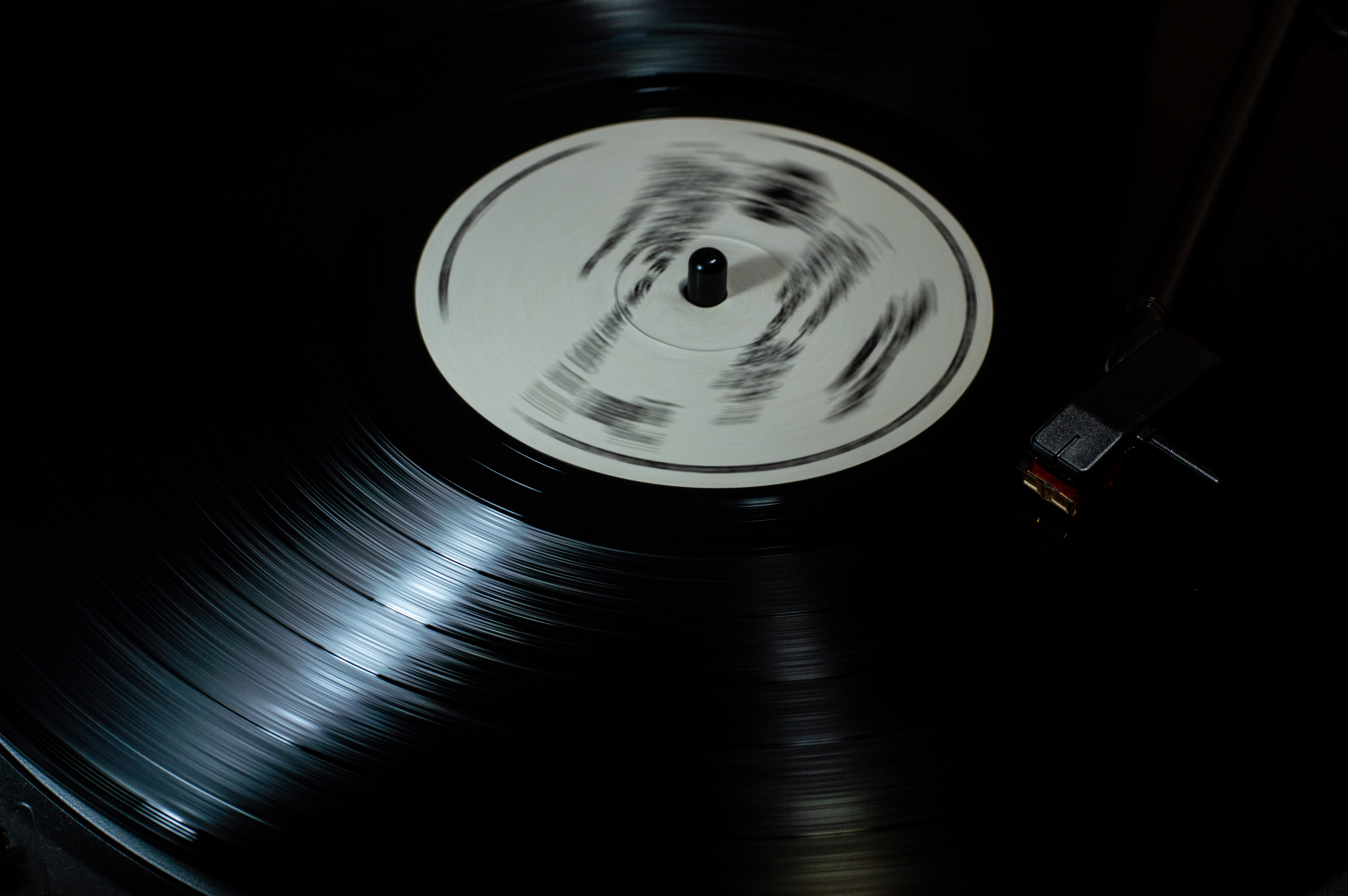 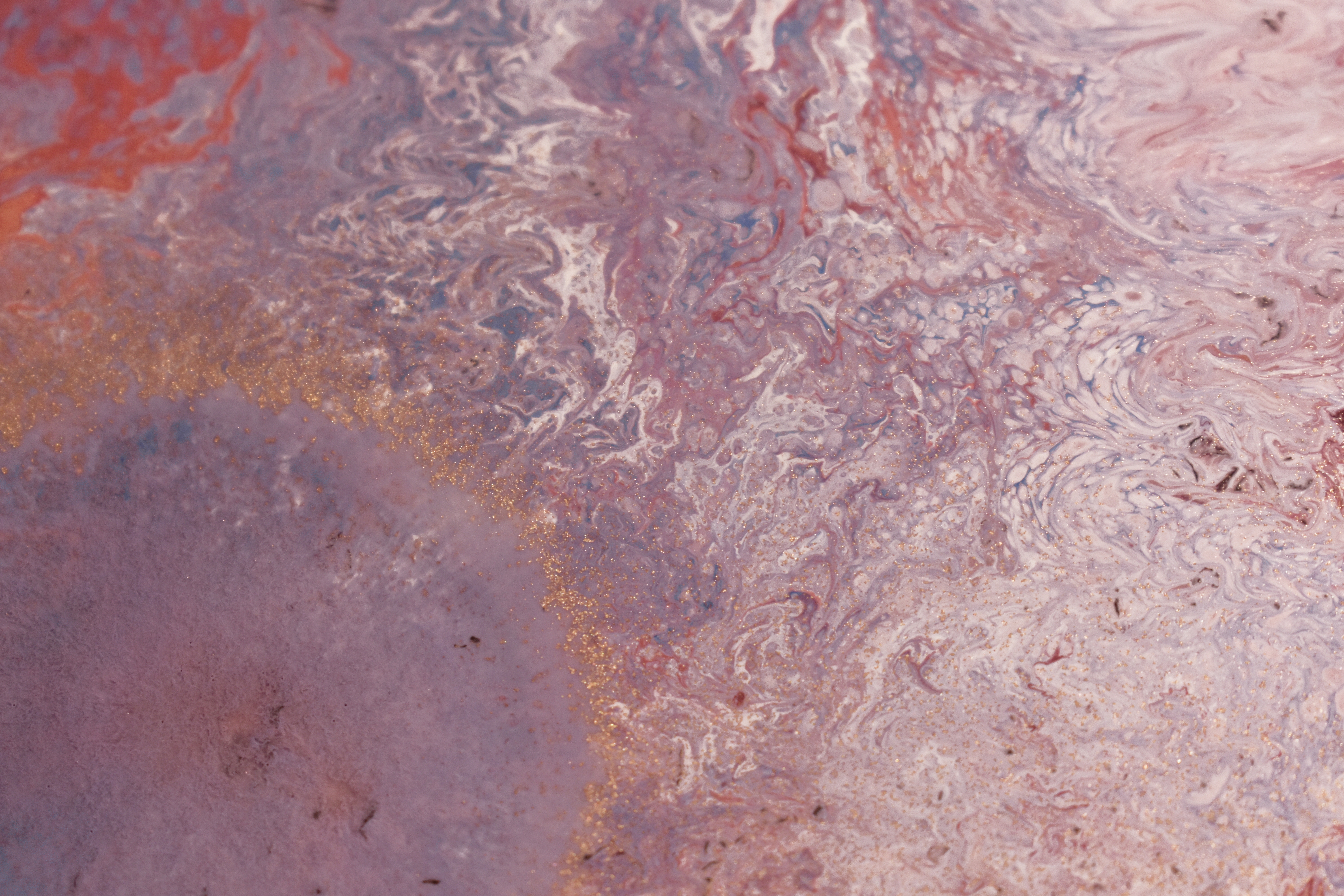